For the past couple of years, I’ve been designing 3D models of London Underground trains. When I started, I was just hoping to have one or two printed by Shapeways, paint them, maybe make a small layout. Those first models were, in hindsight, quite basic and not very detailed. 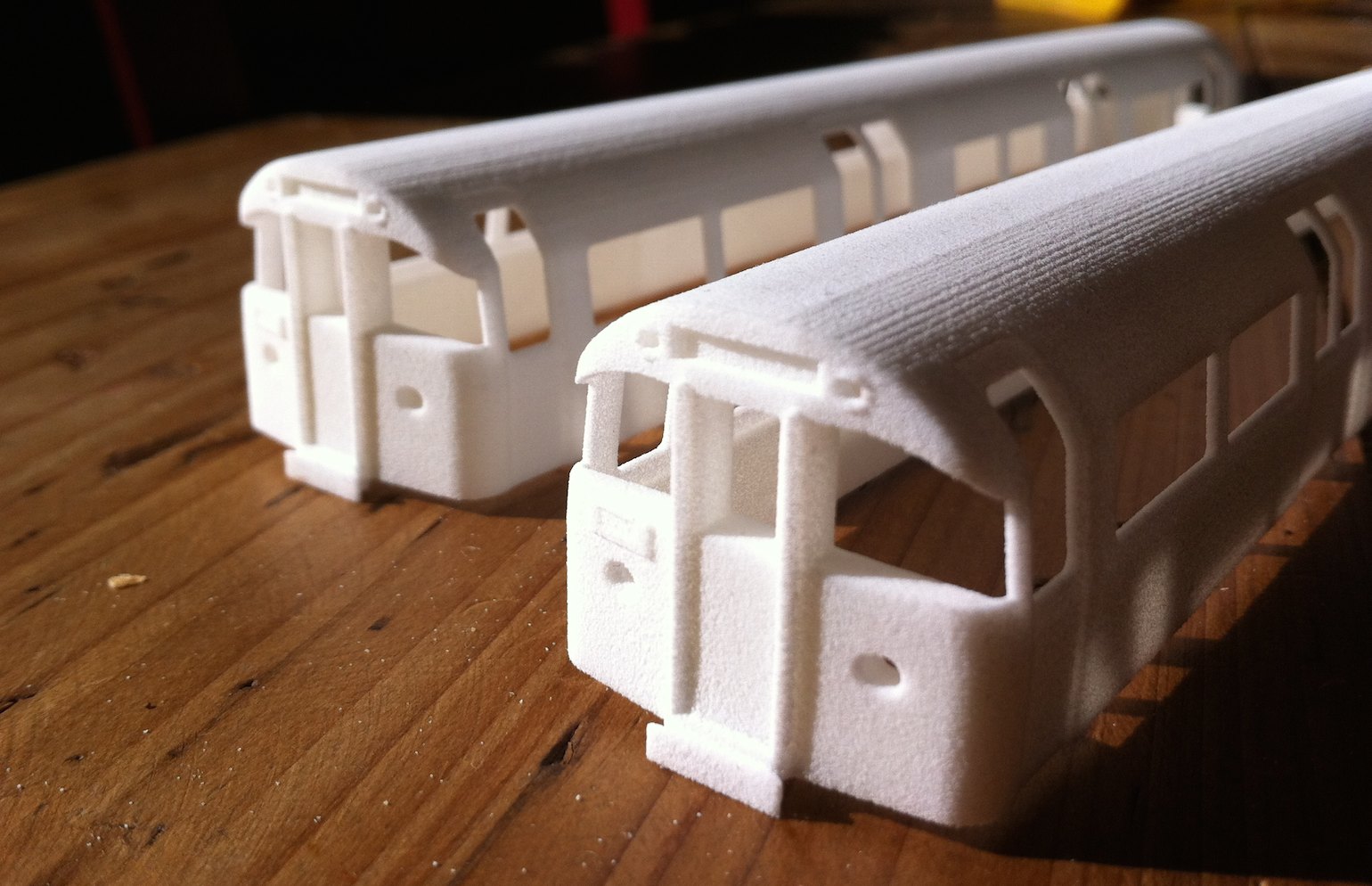 The first version of my 1973 Tube Stock

But while looking for parts, I started exchanging about 3D printing and modelling with John Polley. He sold converted vintage trains models, and accessories for underground models, but he had stopped producing contemporary trains. He also shows his impressive layout, Abbey Road, at rail model shows around the United Kingdom. As things went, he proposed that I work for him: I would design the models, he would print them, have them painted, and sell them. 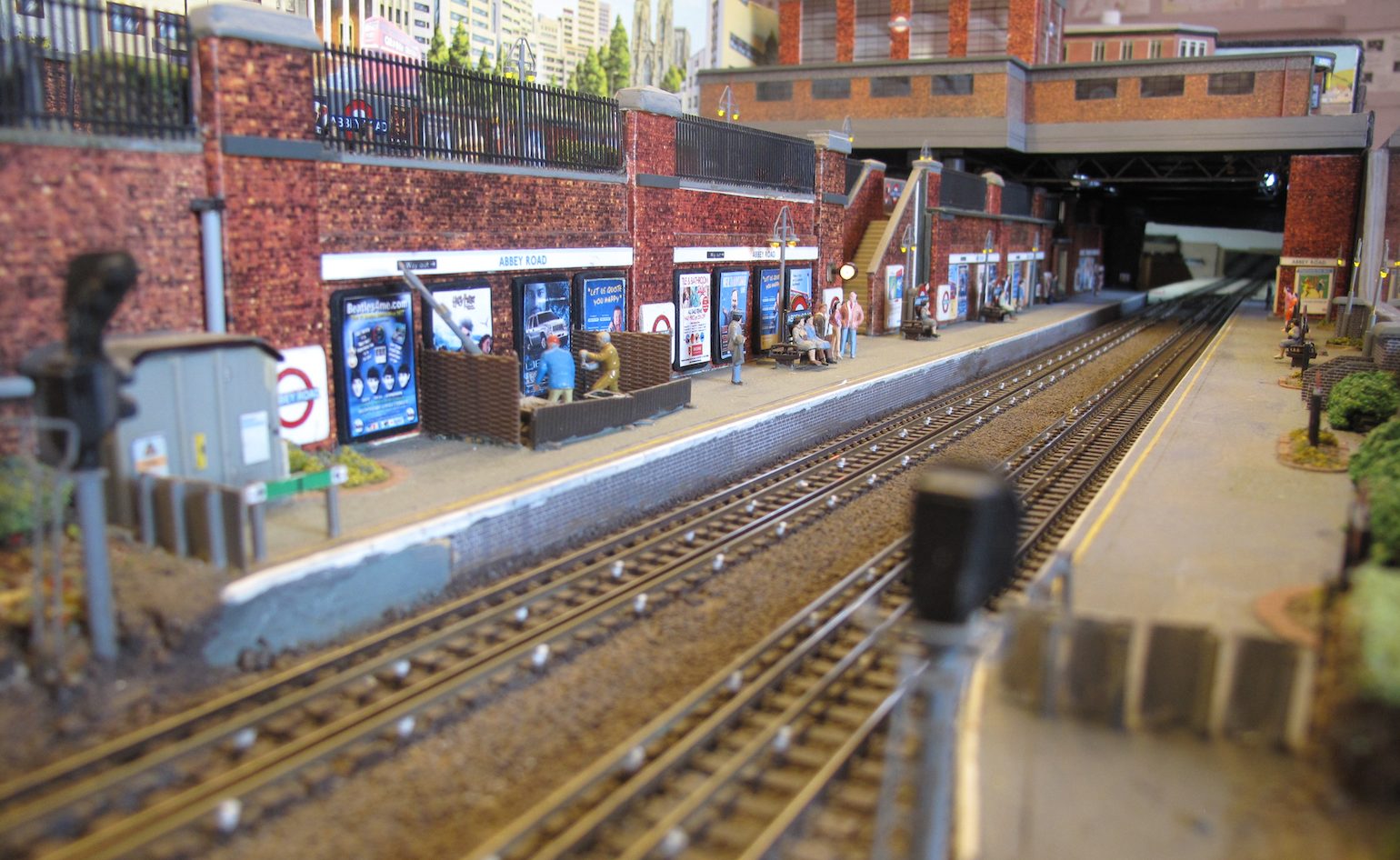 It’s been almost two years, and I’ve designed ten trains, two bogies, a few chassis for John. I’d had a little experience of CAD drawing during my two years of Mechanical Engineering, but seeing those models go from mere pixels to actual printed, painted models is an immensely gratifying experience.

But what’s even more gratifying is the encounters I’ve made. Over those two years, I’ve met some wonderful people —people I’d like to call my friends. I’ve discovered places I wouldn’t have suspected existed around London. I’ve spent amazing times sharing about a common passion. 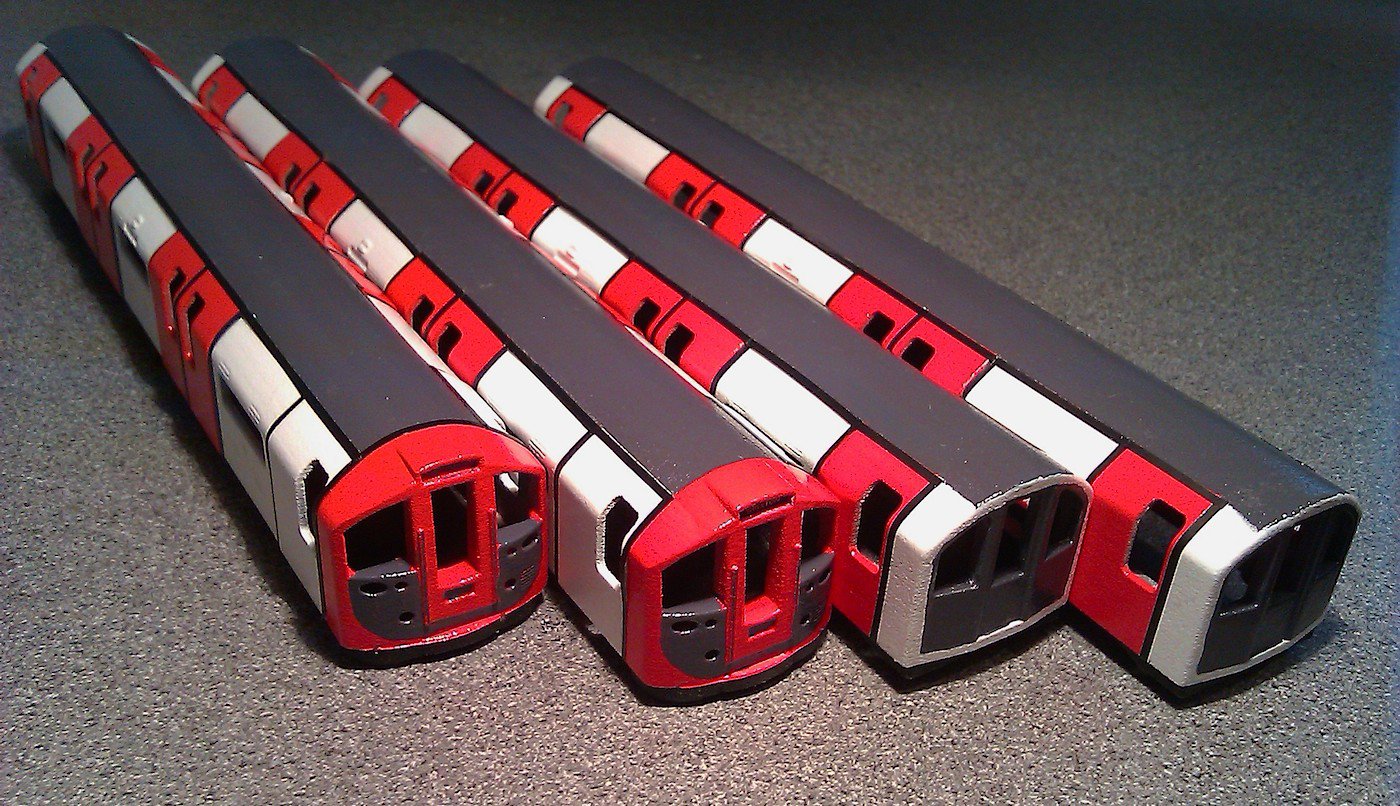 This week-end, I’m coming down to London to join John, Howard, Roger and Waz for London Underground’s Acton Museum open days. So, if you want to meet, chat about anything, related or not to the Underground, drop by and say hi!