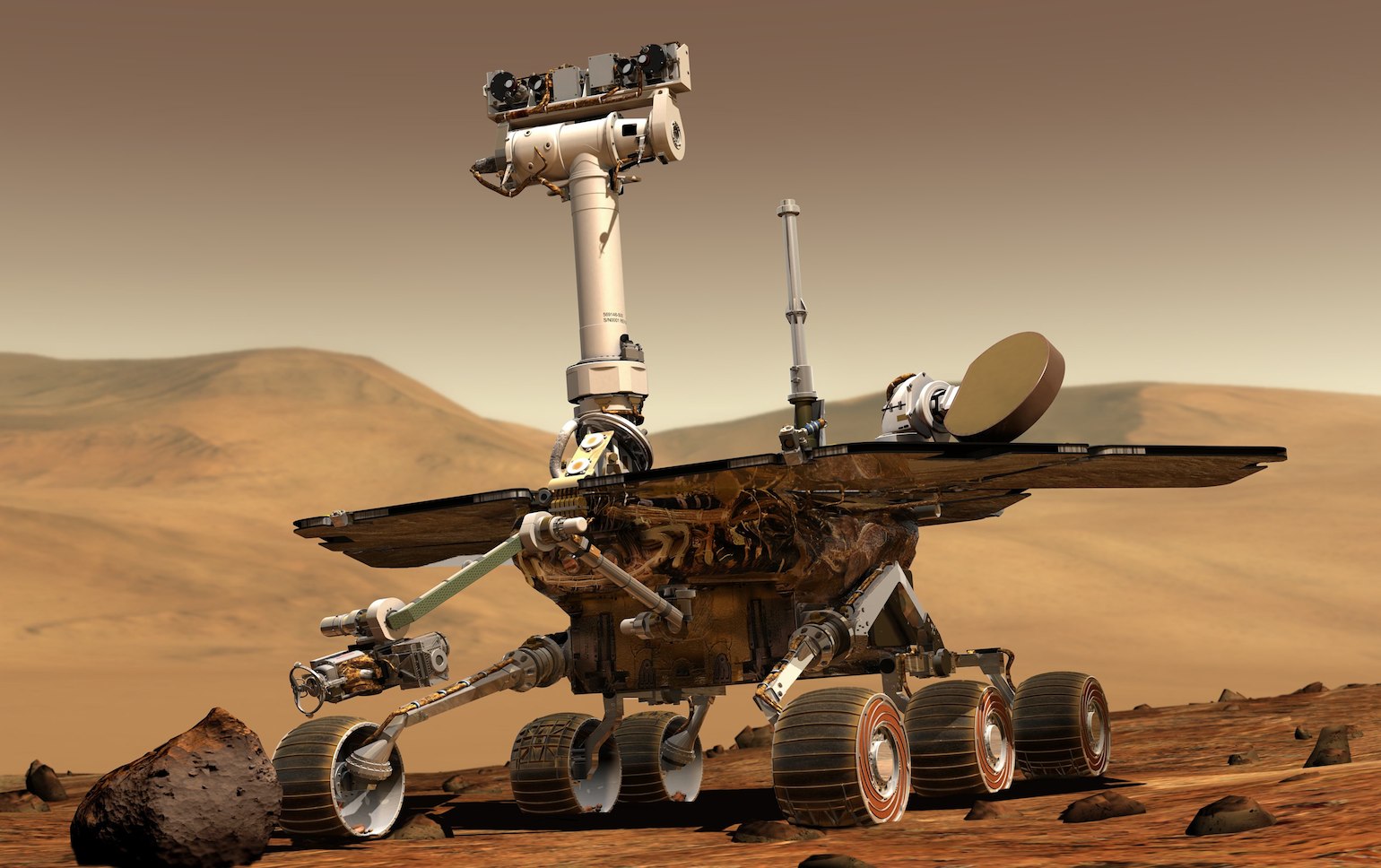 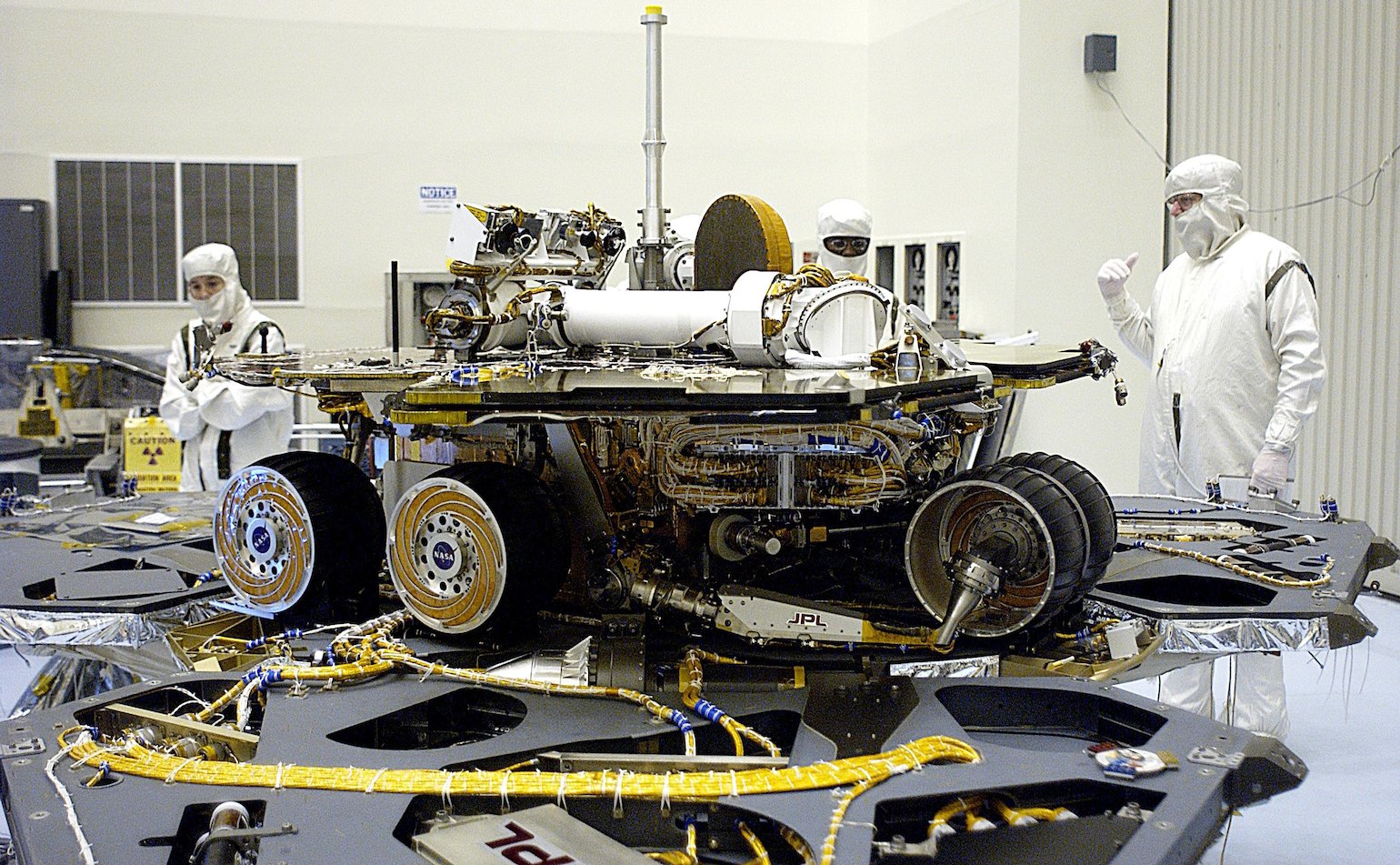 Opportunity, ready to be packed for Launch (Image JPL/NASA)

Both Opportunity and Spirit, which had landed twenty-one days before, were designed for a 90-martian-day mission. And yet, Opportunity is still roving, taking pictures and doing scientific experiments, ten years later. That’s almost forty times longer than the planned mission.

During this ten-year long mission, the rover had time to visit six craters, inspect tens of meteorites and martian rocks, visit its own heat shield, and send back some of the most impressive pictures of Mars’s terrain, and it’s not over yet. Congratulations to the Jet Propulsion Laboratory teams managing the rover, and a happy birthday to Opportunity!