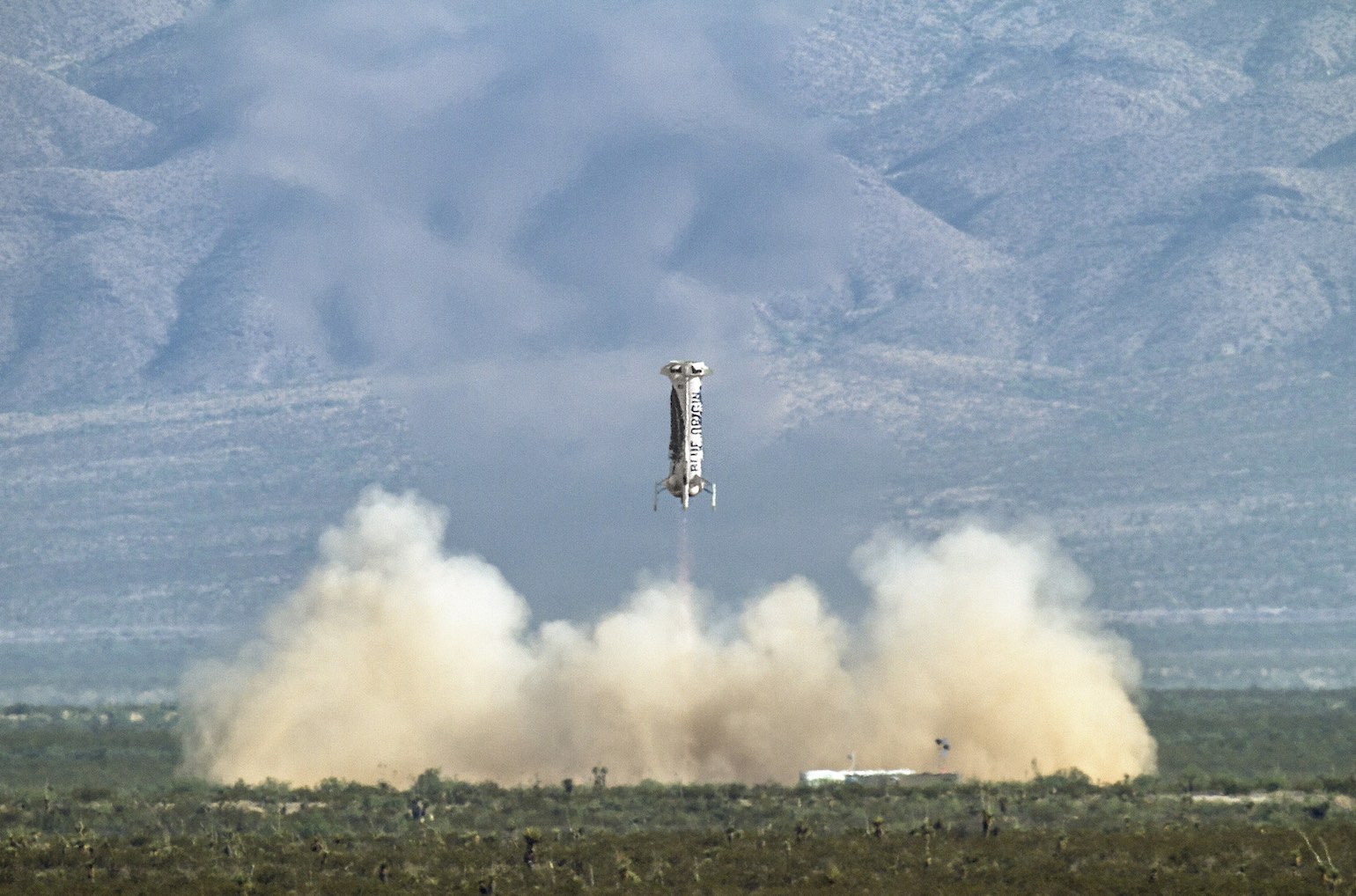 Very nice to see Blue Origin join the club with a very nice live webcast of the fourth flight of the same New Shepard rocket and capsule. The combination of the double sonic boom and the incredible speed at which the booster comes down always impresses me. This flight also proved that the capsule could land safely if one parachute fails to open, as planned — Blue Origin seems to be advancing steadily towards human qualification for its rocket and capsule.

I find it amazing that we live in a time where not one, but (at least) two companies are now actively working on landing rockets after their missions. And even though New Shepard’s flight profile is much easier on the rocket than Falcon 9’s, it’s pretty great to see the same hardware fly four times!