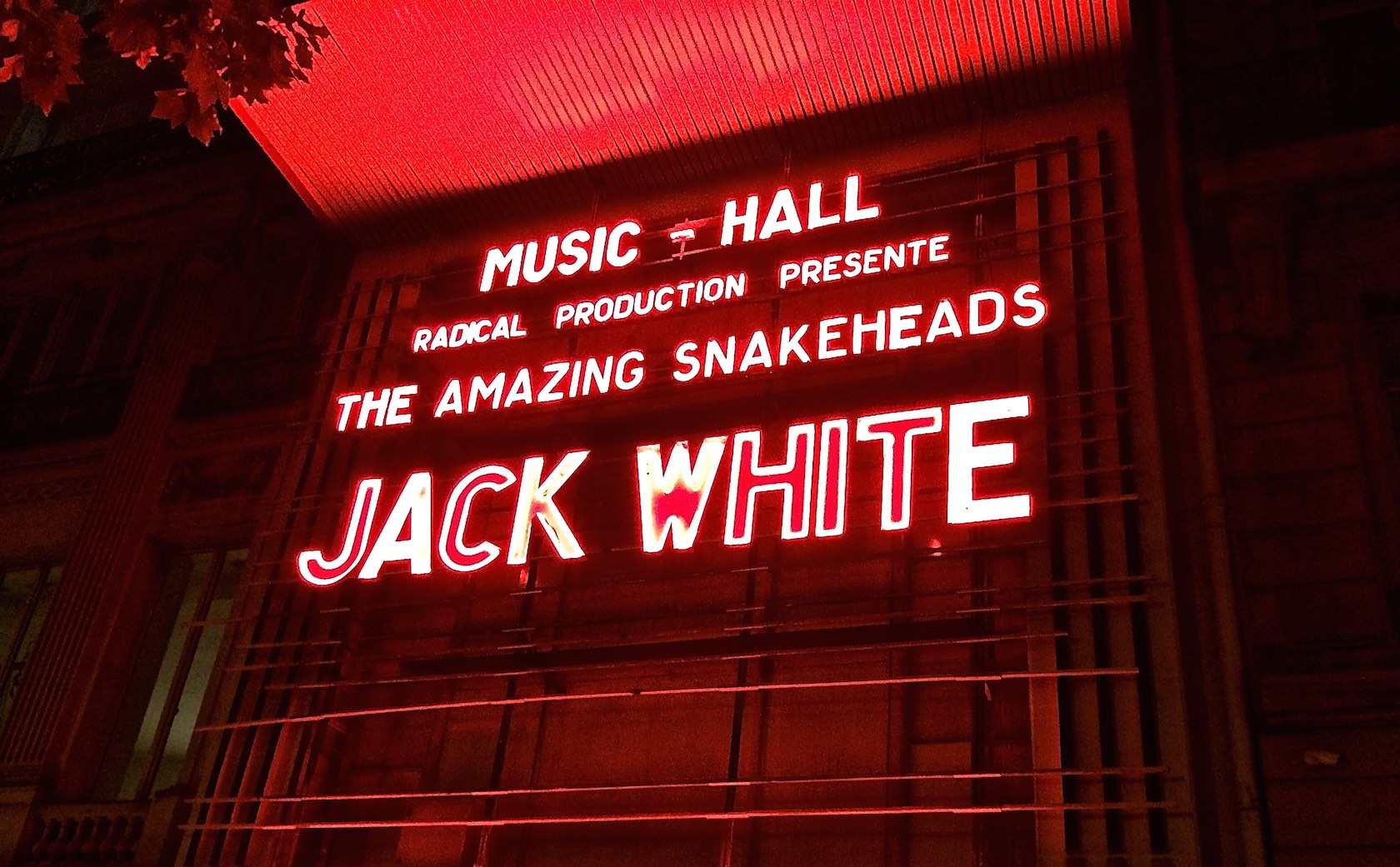 I’ve been a fan of the White Stripes’, and pretty much every single band of Jack White’s for a while now. I discovered his music through my father, but I wasn’t old enough to accompany him to see the Stripes. So when he announced two concerts in Paris for its Lazaretto tour, I jumped on the occasion.

I was pleasantly surprised that the venue was a small one (the Olympia is an old Parisian theatre) instead of a bigger, impersonal place. The sound is often much better, and the hours we waited in line allowed us to be only one metre away from the barriers. I didn’t really enjoy the supporting band’s show —Scottish screaming-hard metal is not my cup of tea— but its short duration made it bearable.

Jack White’s stage and lighting were gorgeous, all in tones of blue and occurrences of 3s, giving a quite eerie, and yet welcoming mood to the room. 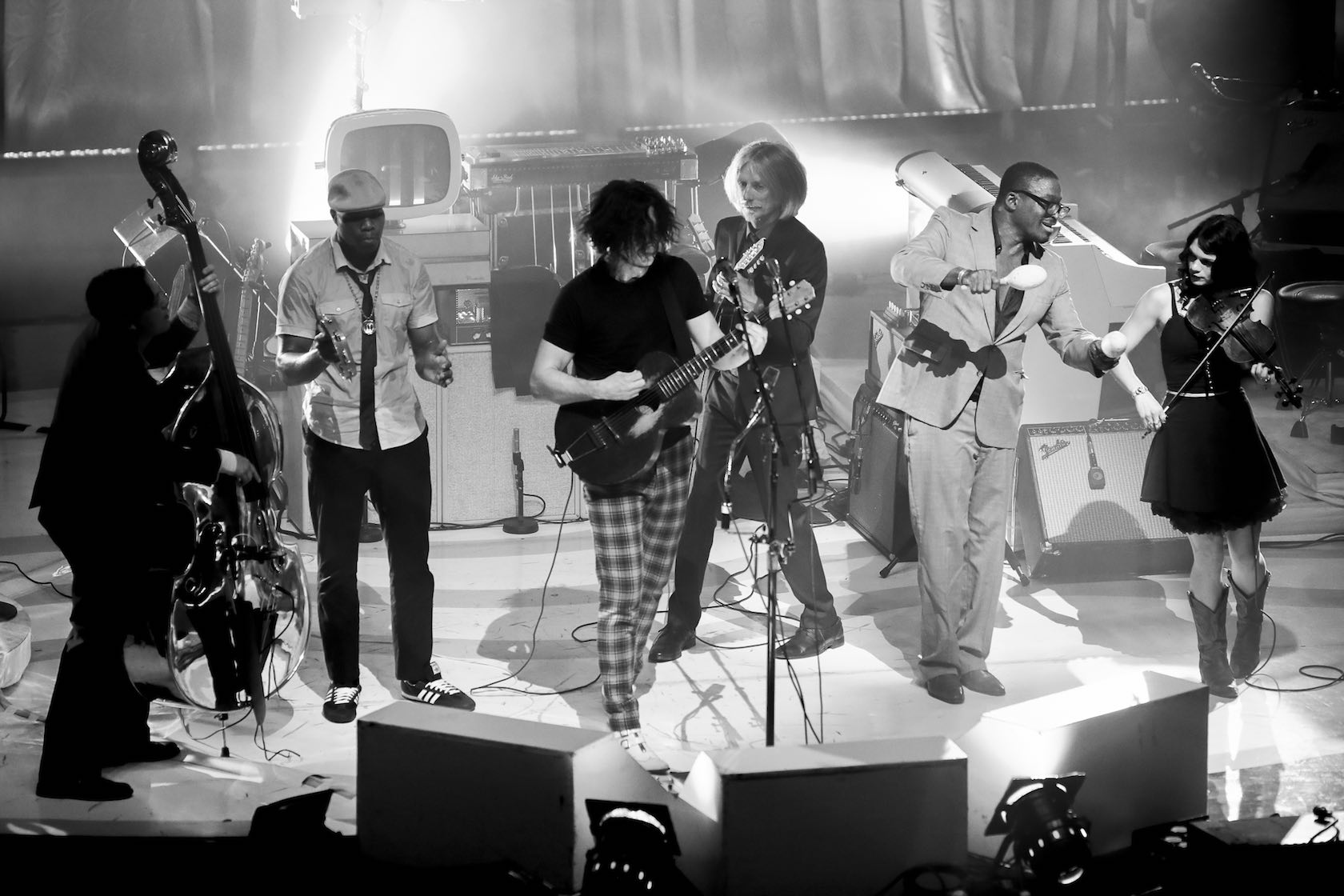 Everything from the roadies’ spotless outfit to the precise arrangement of the stage made me fear the show would be too formatted and timed to the minute, but those concerns vanished as soon as the band stepped on stage and started playing

The band seemed to have as much fun as the crowd did. Lilly Mae and Jack sang together on most of the songs. The (great) setlist not only contained most of Lazaretto, but also songs from the White Stripes, the Raconteurs, the Dead Weather, and a handful of blues and rock covers. Some solos even faded into mini-covers (Misirlou during Icky Thump, Message in the Bottle during Steady, as She Goes) before falling back to their own song. 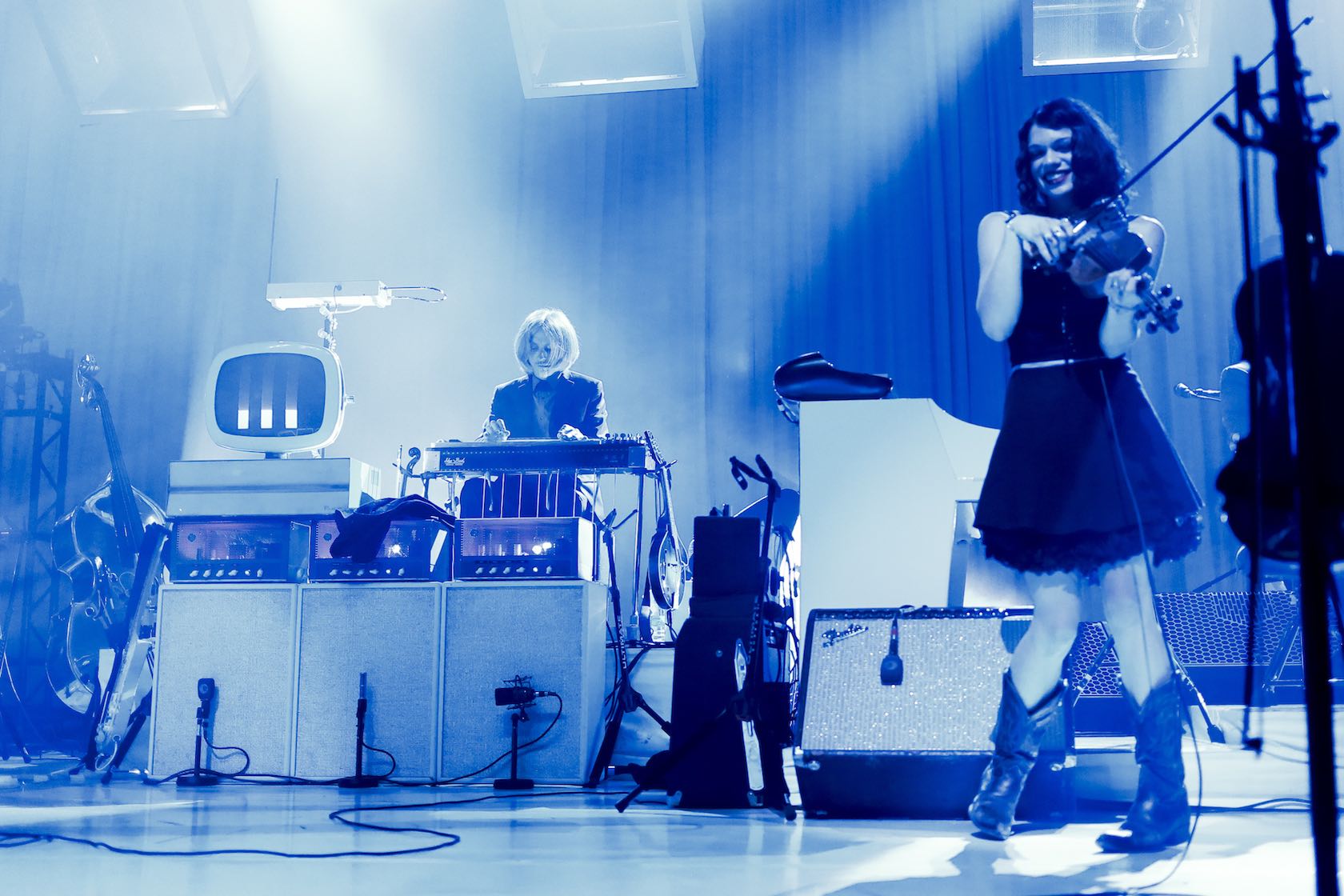 Interesting thing to note, the tour crew asked us not to take pictures during the show. A professional photographer follows the band instead, and all the pictures are made available on Jack’s website. It was mostly respected, and the near absence of raised phones made an amazing concert even more enjoyable.