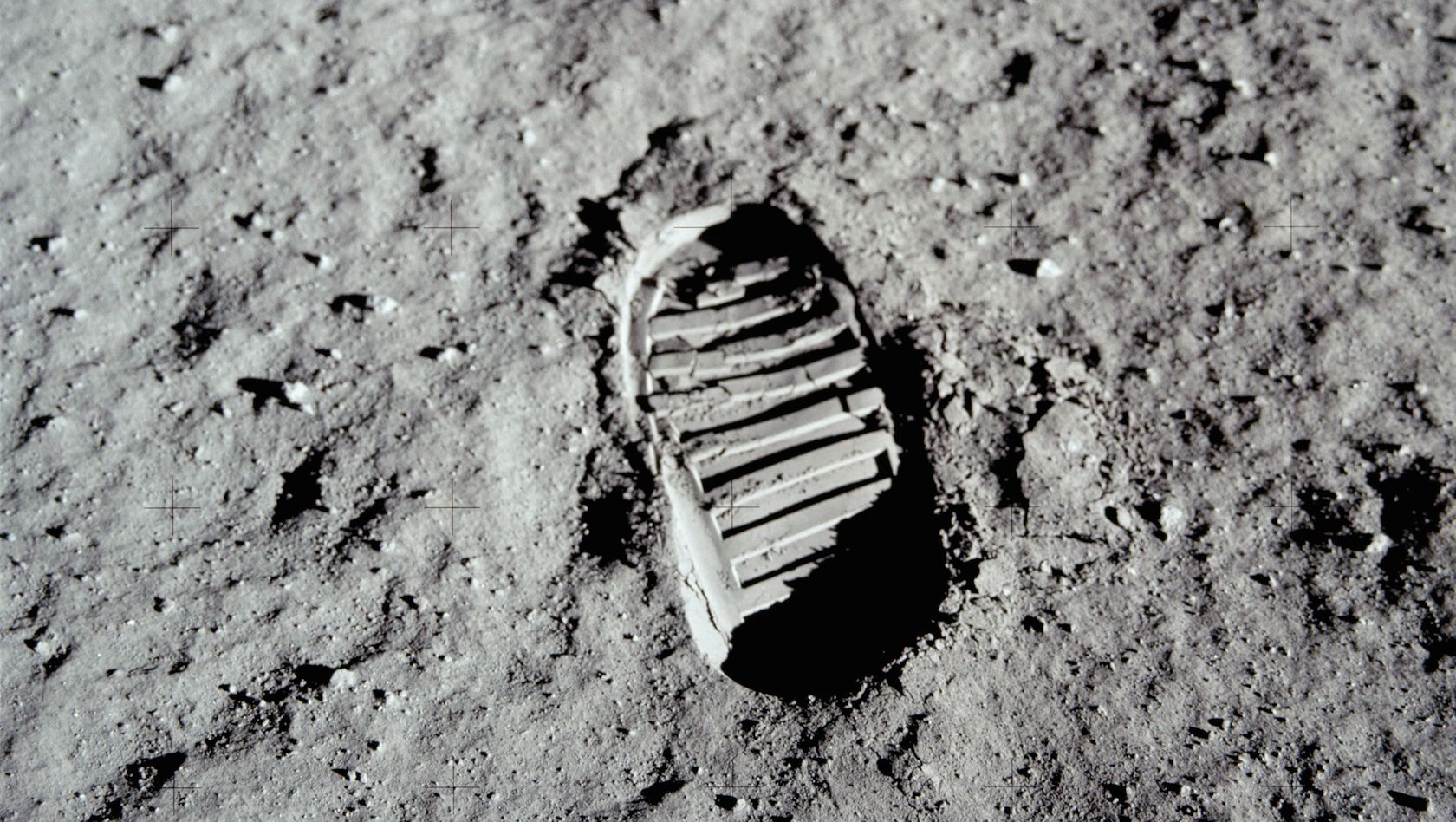 Aldrin’s footprint in the dust of the Sea of Tranquility

On the twenty-first of July 1969, at 2:56 UTC, Neil Armstrong, commander of the Apollo 11 mission, became the first human being to set foot on the Moon, closely followed by Buzz Aldrin, while their Command Module Pilot, Michael Collins, waited for their return in orbit. In the barely seven years between Kennedy’s Rice University speech and this moment, the NASA had gone from launching one-person capsules in very low orbit to designing, building and launching one of the biggest rockets towards our satellite, landing two people on it and getting them back to Earth. 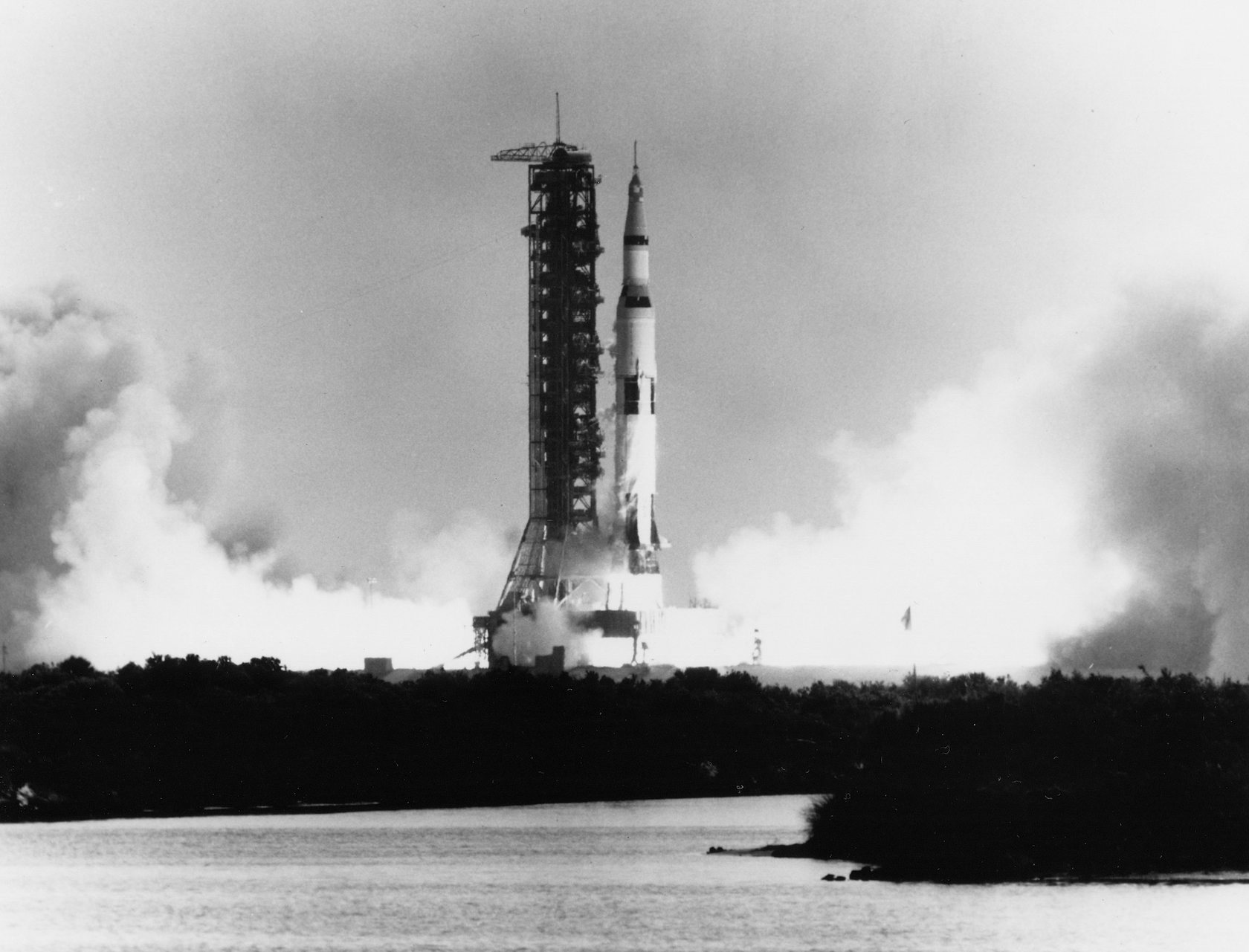 I was born in 1993, far too late to see any of the Apollo missions land on live television, but I watched their recordings all the time as a kid. The video of Eagle’s landing still moves me every time I watch it. It is one of the things that inspired, and inspires me the most, the reason I would like to work in aerospace one day. 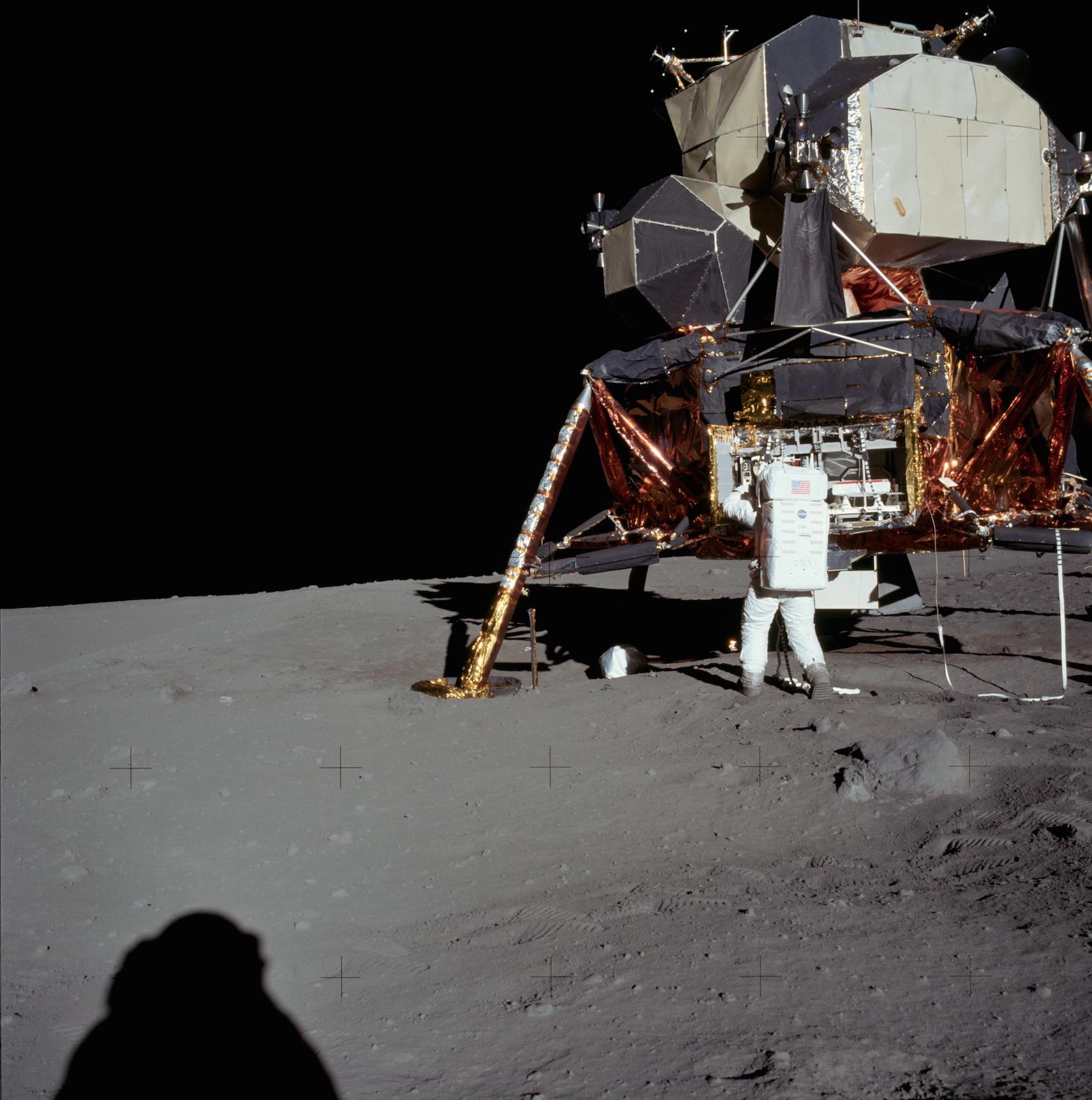 Aldrin unpacking experiments from the LM

From 1962 to 1972, thousands of people worked hands in hands, with no shortage of funds, to design, test, perfect the technologies that would put twelve men on the Moon. Nowadays, the further humans go in space is the International Space Station, a mere four hundred kilometres above us. This is great and useful to science, but it lacks what missions like Apollo brought: interest in space from nearly everybody. 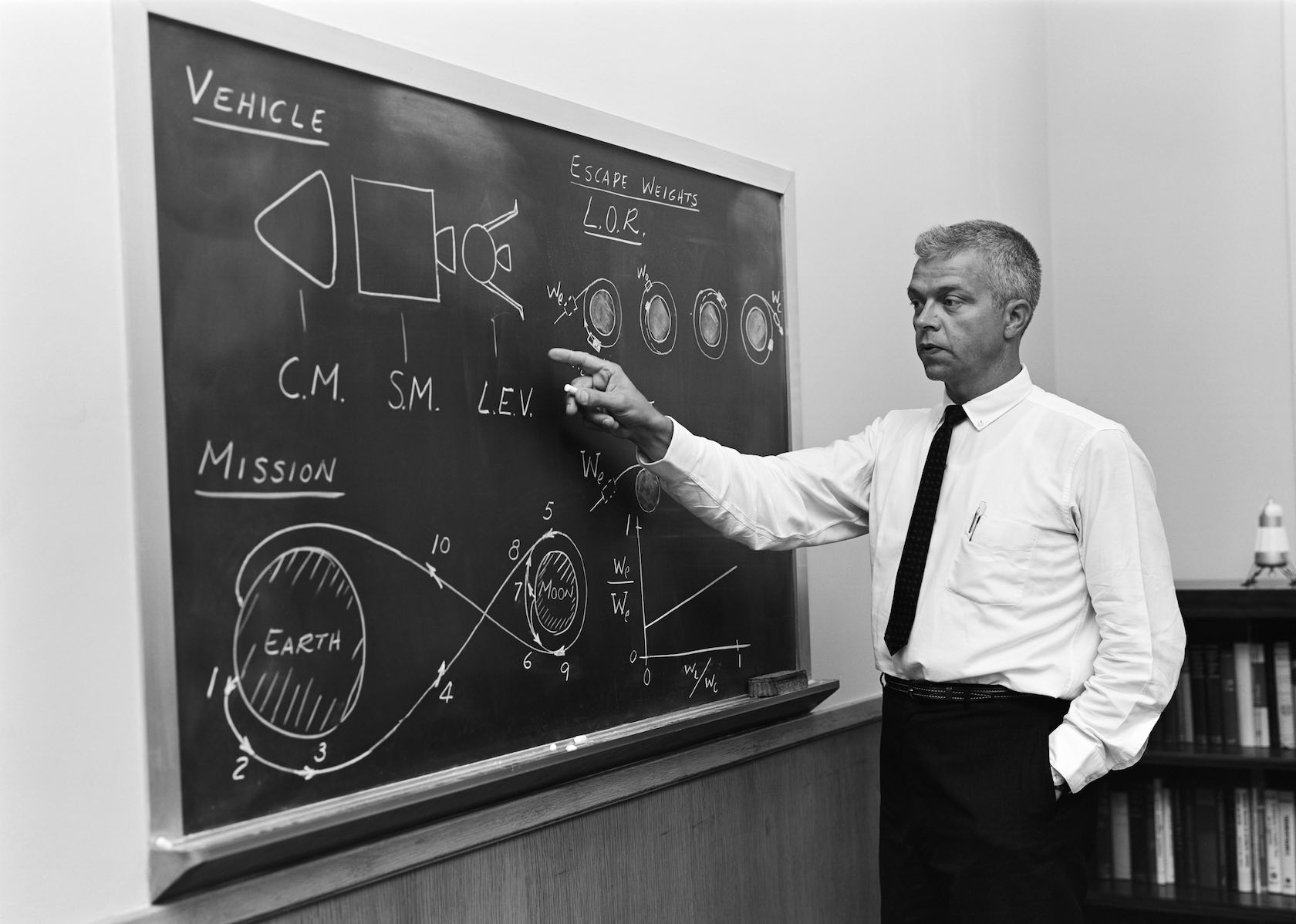 John Houbolt explaining what would become Apollo’s way to get the moon, the Lunar Orbit Rendezvous.

This is sad, because that interest is crucial to human exploration of Space. Publicity, challenge, and fascination is what makes kids want to learn and become astronauts, engineers, technicians, and so many other jobs needed to launch ambitious missions. To this day, I still have to find a single kid that is not fascinated by a video of a rocket or shuttle being launched. The context today is completely different than that of 1969. The cold war, and thus the Space Race used to grant nearly unlimited funding to Space Research, when 2014 NASA has to fight with the U.S. Congress for every single penny needed just to keep current missions alive. Having as many people as possible interested, behind the space programme cannot hurt.

The path NASA has started taking is interesting, and certainly not stupid: they are letting commercial companies handle the Low Earth Orbit missions, allowing them to focus on deep space exploration programmes, for the moment towards asteroids and Mars. But no matter how much the overall cost is reduced, deep space still seems expensive to most people, even though NASA’s annual budget barely reaches 3% of that of the U.S. Military. In 2011, NASA budget was 18.72 billion dollars, against 680 billions for the Military

This is why I am glad to see companies like SpaceX, Orbital Sciences and Sierra Nevada keep innovating. With NASA struggling, other agencies focusing on robotic missions, and an international cooperation becoming less and less likely, it is reassuring to know that an alternative way might exist. So here is to the forty-fifth anniversary of one of the greatest achievement of humankind, and hopefully, humans on mars in the next fort-five years!

If you want (forty-five years late) live tweets or news report of the mission, you should follow Amy Shira Teitel on twitter, and have a look at NASA Space Flight’s live page for the occasion. NASA is also tagging all its celebration articles and tweets with #Apollo45.

Images are from NASA, thanks to the Project Apollo Image Gallery.