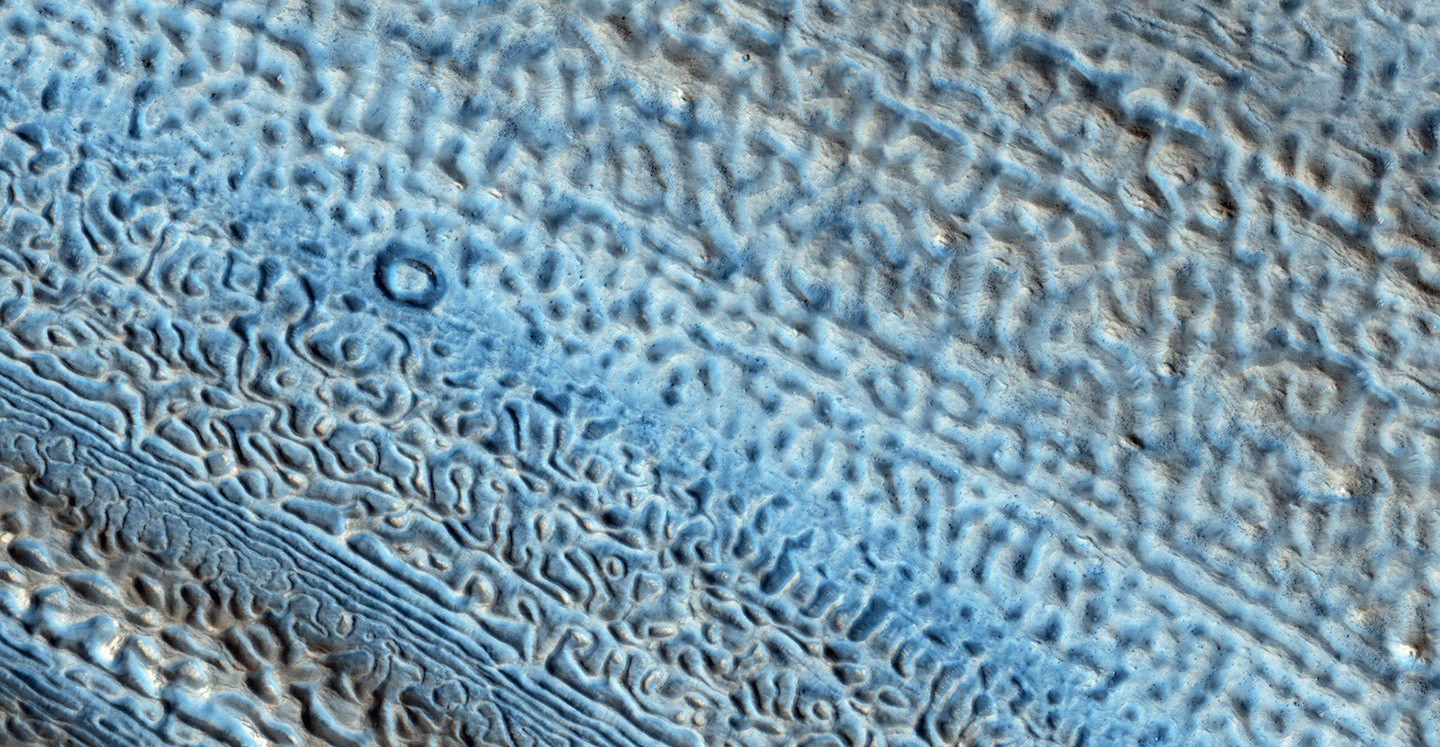 Image courtesy of NASA/JPL/University of Arizona.

If I hadn’t found this picture on NASA Jet propulsion Laboratory, I wouldn’t have guessed it was from the Red Planet. And yet, it comes straight from Mars Reconnaissance Orbiter’s HiRise camera, the most powerful camera ever sent to another planet’s orbit.

Even though the camera is black–and–white, JPL is able to render colours by taking the same shot several times, with different filters in front of the lens.