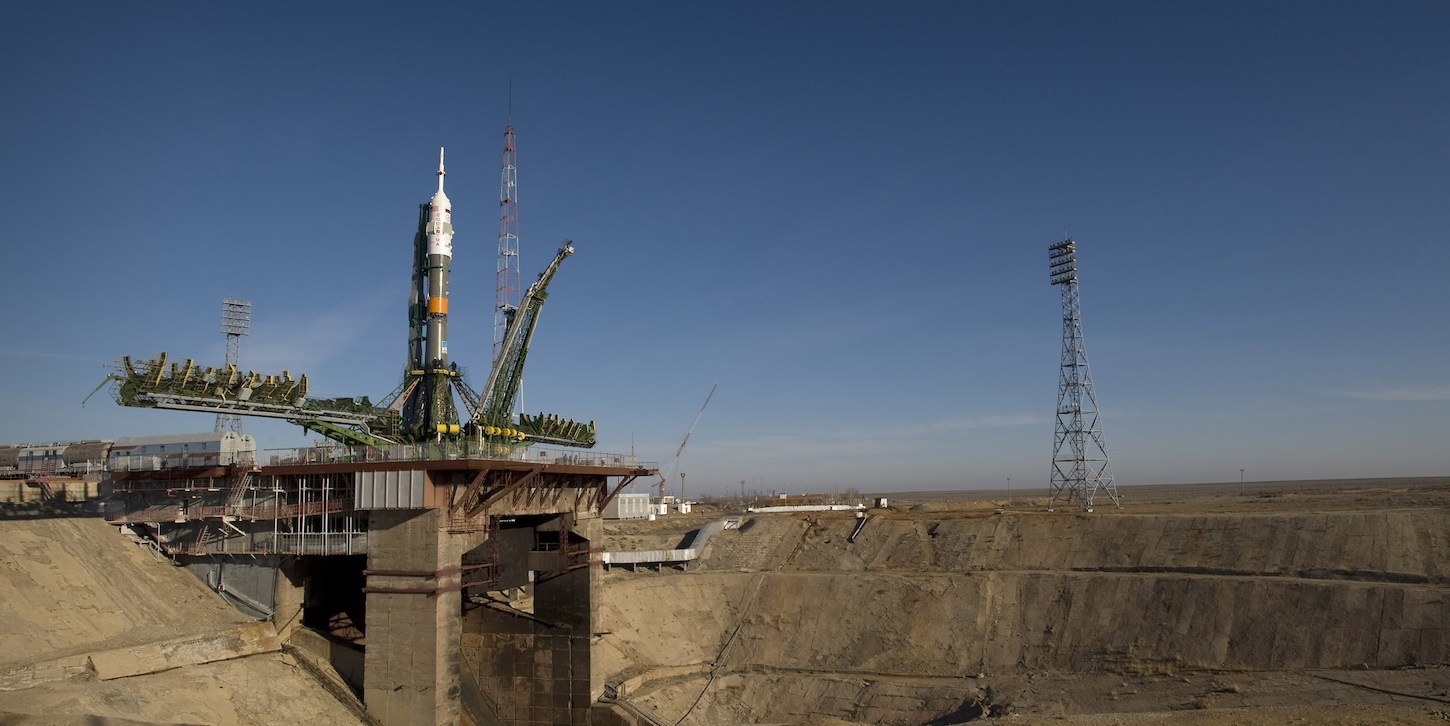 This article was first published on Medium, before this blog was set up.

The R-7 launch vehicle family vehicle is 56, and it’s once again the only manned rocket.

Since the Space Shuttle Program ended, two years ago, the Soyuz launch vehicle is once again the only rocket able to take women and men to the International Space Station. Apart from SpaceX Dragon a few times a year, it’s also the launch vehicle used to bring cargo to the station, inside Progress spacecrafts. And despite outliving the Space Shuttle, the rocket is twenty-four years older, the first launch of a R-7 family rocket dating back from 1957.

Even though the first Soyuz spacecraft flight couldn’t be described as a success — the cosmonaut died due to the parachute not opening on the way back — the launch vehicle, based on the then ten-years old R-7 ICBM, performed well. Fourty-six years and 1804 R-7 launches later, the overall design of Sergueï Korolev’s rocket hasn’t changed. Engines were enhanced, the onboard computer was upgraded (allowing for much shorter journeys to the ISS), but the mechanical systems of the rocket weren’t touched, and that’s where all the industrial genius resides.

Losing weight on the way up

Rockets are doomed by the rocket equation: if you want to send something to orbit, you need to loose weight on your way up. A great deal of that weight is thrown away by burning fuel, but it’s still not enough. That’s why rocket are staged: as they climb, empty tanks are discarded, so that the vehicle doesn’t cary useless metal.

Stacking stages on each others isn’t always the best way to do it, though: it makes the separation relatively easy (drop the stage, ignite the upper stage, done), but the taller the rocket, the more oscillations you get. Those (called pogo oscillations) even caused an engine failure during the Apollo 13 mission.

The other way to avoid vibrations is to use so-called “strap-on boosters”: instead of being stacked, additional stages, called boosters, are installed around a core stage. While it makes the rocket shorter and sturdier, and thus limits pogo oscillations, it introduces a new problem: separation. Not only the boosters need to be torn away from the core stage, but they must clear the rocket, so that they do not collide with it as they fall away.

Americans—and, for that matter, Europeans too—add components to make sure those two problems are solved. Boosters are attached by two series of explosive bolts (the main ones and the backup ones) which are electronically triggered. Then, when they are detached, small separation rockets are fired, effectively pulling the discarded tanks away (this slow motion video nicely shows the sequence). 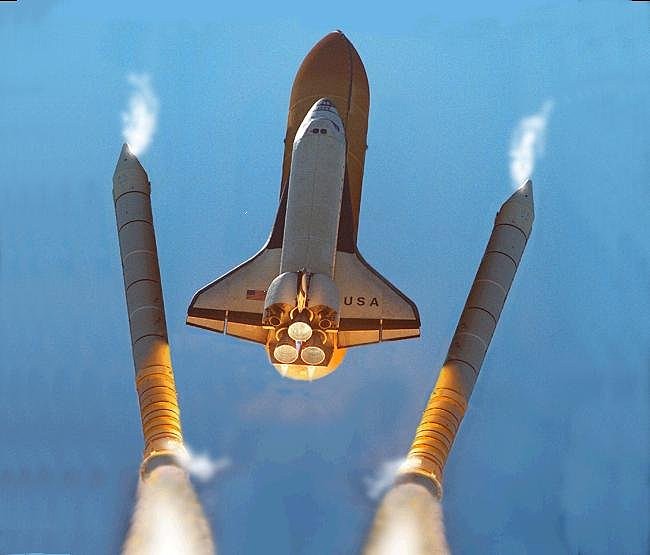 While it may seem flawless, it can bring a lot of trouble: each added part means an added failure opportunity. From the electronics controlling the bolts to the separation rockets ignition, there are lots of critical points. Space Shuttle mission STS-97 got near disaster when the main explosive bolts failed to fire, but was saved by the backup ones. 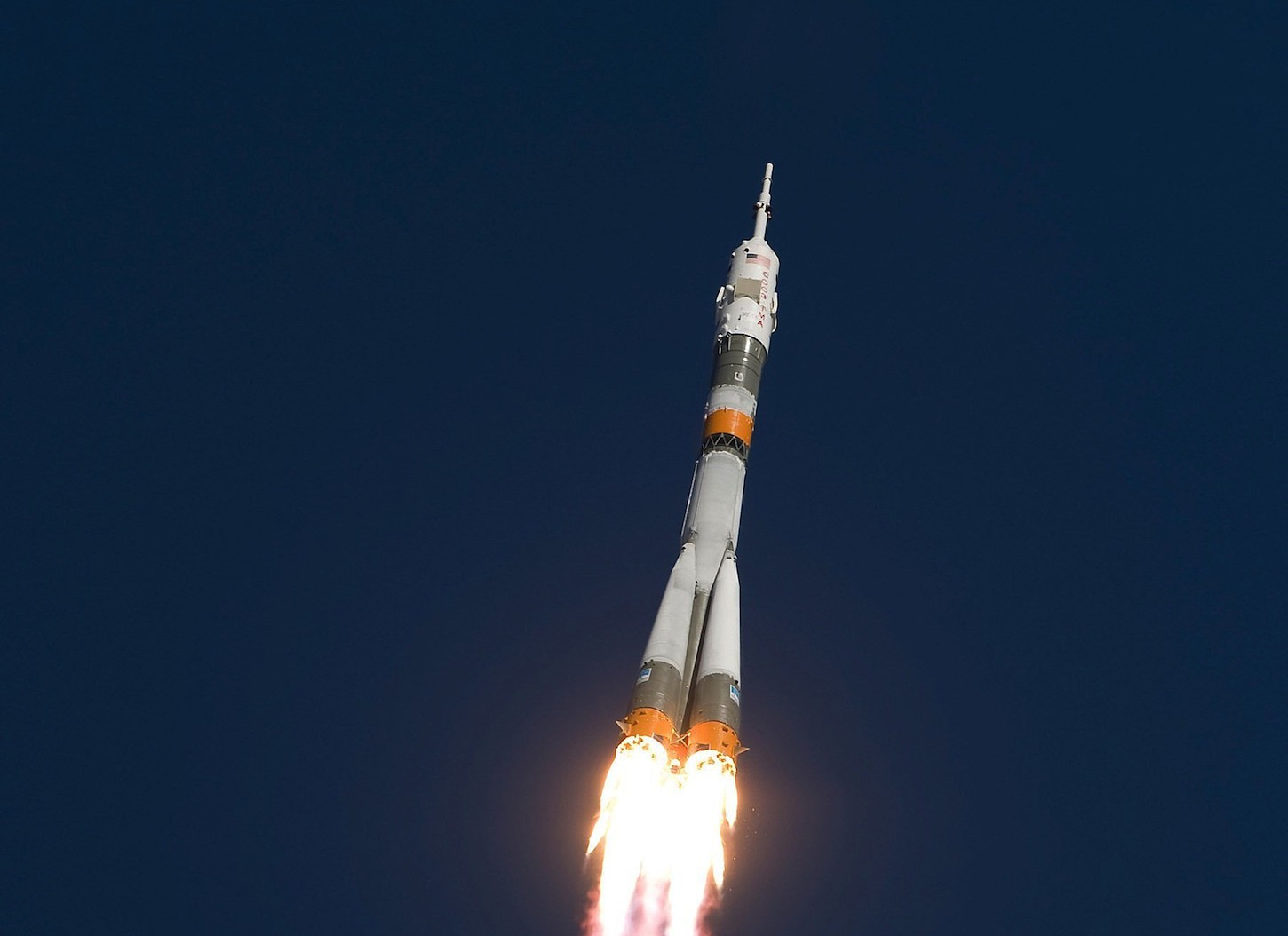 Soyuz launch vehicle, on its way to orbit (image NASA)

Although Soyuz’s boosters resemble those of other rockets, they separate in a very different way. instead of being bolted to the core stage all along there height, their conical tips are plugged into holes in the core stage. A safety strap ensures that their bases stay aligned with the core stage.

The strap-ons being only plugged, the separation system is straightforward: when the pressure in the boosters’ engines decreases, the computer severes the safety straps at their bases. Their engines not supporting their weight anymore, boosters just fall away. As they begin to detach, a valve open at their tip to vent the remaining liquid oxygen, the jet pushing the tip of the booster away from the second stage. 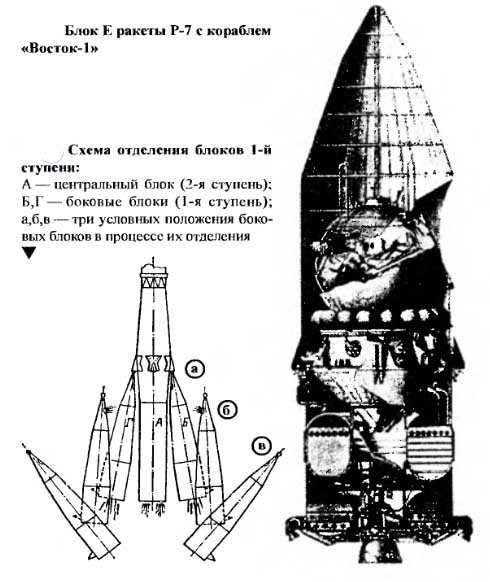 Same thing applies for the third stage separation. Most rockets cut the empty stage engine, let the tank fall away, and then ignite the upper stage engine. On the Soyuz, the second stage (the core) engine cutoff isn’t controlled. When its pressure decreases, the third stage ignites, tearing the inter-stage mesh apart, and blasting the discarded stage away.

Soyuz mechanisms might seem barbaric to many people. They aren’t. They’re simple. In western countries, we tend to associate complexity with efficiency. We are impressed by complex systems, but often despise people presenting a simple design after days of work. An Engineering Design teacher told me once that a good system is one you can’t remove a part from. It’s hard to design simple mechanisms, but the reward is huge: each part you take away is a critical point that won’t affect the system. This isn’t rocket science!