A month ago, I got a mail saying I could present Ghosts at the Dare Protoplay festival. I’d never been as a visitor, and I expected maybe a couple hundred visitors over the week end, having never been to the festival. I was wrong. 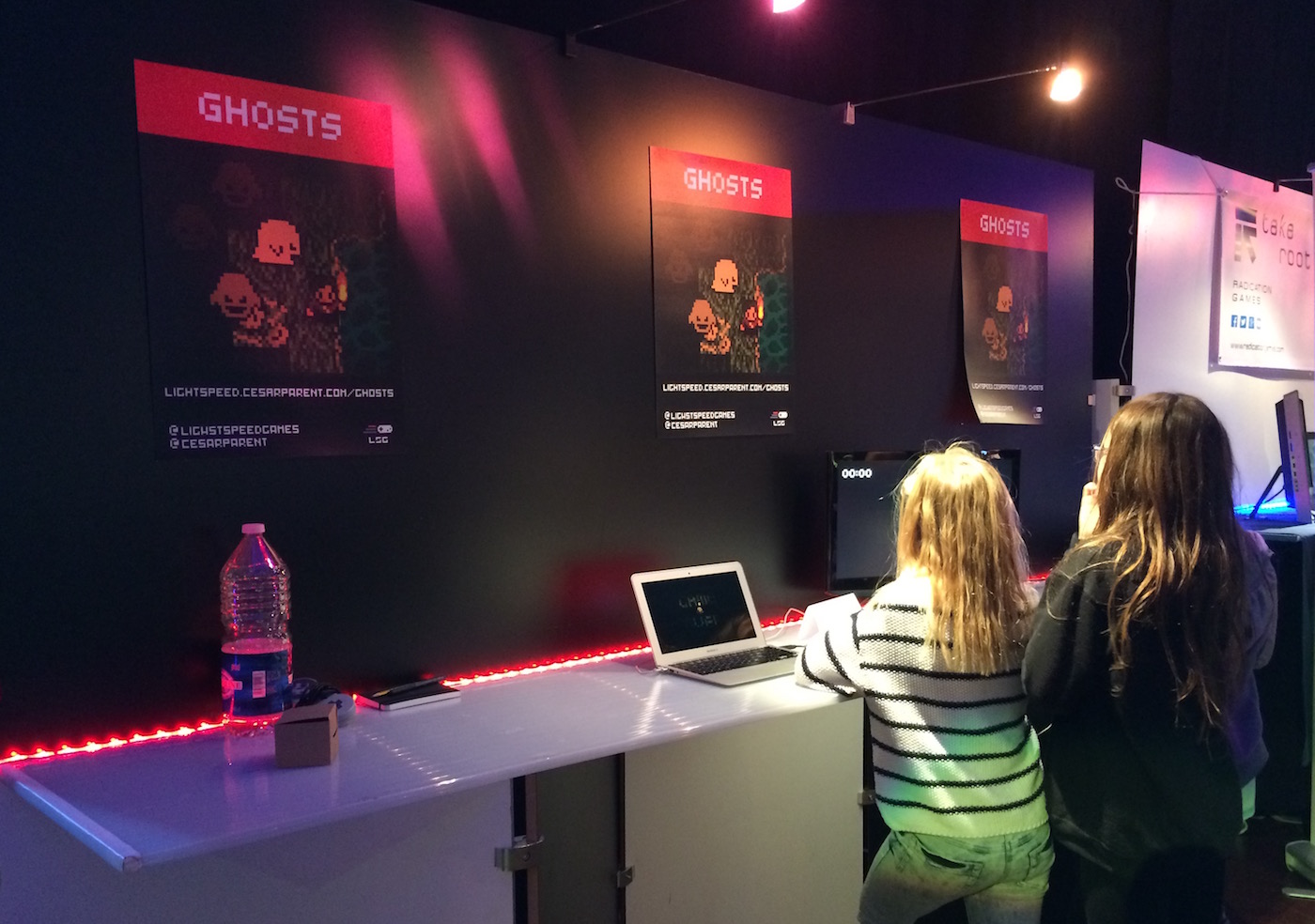 A few of the countless visitors.

On Sunday alone, the least busy of the two days, 561 rounds of Ghosts were played. Some kids remembered the game from the DCA event in January. Some discovered it, some told me it was their favourite game. Many gave me tips on how I could make it better. Most played again and again to try and beat the high score. After two days of standing up, I was exhausted, but I still have a smile stuck on my face.

Since I started a year ago, I’d realised that I enjoyed making games, but it was more a hobby than anything else. This week-end (and Global Game Jam) made me realise that it means much more to me. I’ve made amazing friends with whom I spent this weekend. I’ve never felt anything as rewarding as someone telling you that they love your game and playing again and again. When I see that, I feel like I’m doing the right thing. I know deep down inside that I want to be a game developer.

I know it’s not an easy choice. Finding a job that pays the bills in that industry is hard — finding a job at all is hard. But I’ll take the risk. And if I find a job outside of games, that’s fine. I’m lucky to also love general programming. I’ll be a programmer by day, and by night I’ll don my costume and be Lightspeed Games. And maybe I’ll never find success, and that’s alright too. If just one person has fun playing a game I made, I’ll have done my job.

A massive thank-you to everyone involved in Dare for making this week-end possible, and Glyph Games for being such cool stall neighbours. To Adriel for making me want to make games a year ago. And most of all, thanks to everyone who came to play and chat. You’re the reason I make games.